Unofficial – Games at Highest seeds – Based on Winning %

Salem…It just wasn’t meant to be. The Cougars didn’t execute and Salem did. The Cougars baseball season came to an end as they lost to the Spartans of Salem 6-1. Salem (14-6) got a complete game from pitcher Trevor Austin, Vincent Piniello knocked in three runs and Riley Fox went 3 for 3, walked and scored twice. Austin scattered seven Cougar hits in his complete game performance, striking out six and walking two. The only run he gave up was by the Cougars shortstop Jon Osteen. He hit a solo home run in the top of the fourth.

The fourth inning was a very telling inning for the game as Osteen hit a 2 ball 2 strike pitch over the left center field wall that landed approximately 360 feet away. Andrew Lowe walked and Kam Hall singled to right center and took second on the throw to third with no one out. The next two Cougar hitters would strike out and hit a line shot that was caught by the pitcher for the third out.

Salem, in the bottom of their fourth, got a single, a walk and then back to back bunts that together would not have gotten to the pitchers mound, loaded the bases after an out. Then Piniello and Austin both were hit by a pitch scoring two runs. Salem gets one hit, two fielders choices and two hit batters to score twice, while the Cougars didn’t advance runners at second and third and no outs.

The Spartans and Cougars were scoreless going into the bottom of third, but Fox, Jacob Dodd and Noah Beckley all singled to load the bases against Cougar starting pitcher Hunter Shrewsbury. John Stover hit a fielders choice for a run, Piniello hit a double to score two and Matthew Wright’s triple scored PIniello for a four run uprising. Salem stole three more bases and in their three games against Pulaski Co. this season finishing with 15 steals.

Pulaski Co. (12-9-1) got two hits apiece from Osteen and Hall. Andrew Lowe, Trent Blankenship and Jordan Lytton all had a hit each. A disappointed Cougar head coach Jared King remarked, ”I’m so proud of this team and these seniors. We’re losing 11 seniors and they’ve been with us for years in the baseball program. They have helped this baseball program to set some standards for us. They are going to be missed. Tonight’s game was a lack of execution on our part and Salem executed. We hit a couple liners that were caught and they got a couple bunts and reached base, That’s the game of baseball. Fundamentally we didn’t get it done tonight.”

This Cougar baseball team has no reason to hang their heads. They had a winning season. They won 12 games. They made it to the Conference 24 semifinals. The winning season and 12 wins are the first in at least six years if not more for the baseball program. It was Coach King’s first winning season and there were more ups than downs. This team battled and battled. They had comeback after comeback. These seniors went out as winners.

The 2A Conference 38 Playoff Baseball Game- Graham @ Richlands has been moved to Tazewell. It will start @ 5:00 pm @ Lou Peery Field. The Grundy @ Tazewell game will now be played at 7:00 pm or approx. 30 mins after Graham -Richlands game. 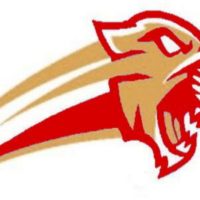 Dublin…You ever have one of those days when the harder you try the worse things get? The Cougars baseball team seemed to have one of those as they would take one step forward and two steps back. One big inning for them got them a hard fought 6-5 Conference 24 first round victory over a very determined William Fleming Colonels squad.

Pulaski Co. (12-8-1) came from behind not once, but twice to steal victory from defeat. They were down 2-0 going into the bottom of the fourth and with runners on second and third and no one out, the next two batters struck out swinging. Then a wild pitch by the Colonels pitcher, Brandon Hall, got them on the scoreboard. Then another wild pitch brought Kam Hall across the plate to tie the game. Two runs on two wild pitches. The game would get wilder, crazier and more intense after that.

Wm. Fleming (1-18) would go right back in front in their half of the fifth. With one out, Hall would hit a fielders choice for out number two. Noah Melton singled as did Aaron Faust, and Hall would score on an error by the Cougars. Then the wildest and craziest inning of the game occurred for both teams in the sixth. The Colonels lead-off man would line out to the Cougars second baseman Jordan Lytton. Hayden Huddleston singled to center and Robert Butler walked. The Cougars would then take their starting pitcher senior Thomas Anderson out and replace him with senior Dylan Danner. He proceeded to walk Bryce Johnson to load the bases with just one out. Hall then hit a slow roller to second that was bobbled. That allowed Huddleston to score for a 4-2 Fleming advantage. Melton then would hit a sacrifice fly ball to left that was caught by Braeden Blevins for the second out, and Colonels Butler tagged at third to make it 5-2. Then as the throw was headed home, the runner at second tagged and went to third and the runner at first took off for second. As the Cougars would throw the ball toward second base, Johnson kept heading for home. The Cougars would tag Hall going into second for the final out of the inning. After a brief exchange between the two squads, one thinking they had went up 6-2 and the other knowing they had gotten the third out of the inning. The two teams would exchange words and the umpires would have to step in to help break things up. When told by the home plate umpire only two runs scored because the third runner hadn’t crossed the plate before the Cougars had gotten the third out on the play at second base, Fleming head coach Chad Huddleston argued the run should have counted and the Cougar squad was fired up because they had avoided a huge third run of the inning. On this hot afternoon, this play seemed to intensify the friction between players and fans for both teams. The weather and fans temperature both had gotten heated.

In the Cougars’ half of the sixth, Kam Hall was hit by a pitch up around his head to make things hotter right off. Hunter Shrewsbury would then hit a “gapper” to right center that sent Hall to third and the Cougars were in business down 5-2. Camden Underwood and Tyler Waddell both would make outs that left the runners still on second and third. One on a pop-out to short and the other popped out to the pitcher. Senior Jordan Lytton then stroked a single to left that scored both Hall and Shrewsbury cutting the deficit to 5-4. Trent Blankenship would drive a single to center, and he moved to second on the relay throw. Braeden Blevins then hit a slicing double to left field that drove in both Lytton and Blankenship to give the fired up Cougars and their fans a lead for the first time in the contest, 6-5.

Danner, going out on the mound now with a chance to be the winning pitcher, seemed to pick up his performance in the top of the seventh as he caught a soft liner right back to him for the first out. He then would blow a fastball by Ross Munford for out number two. Mike Jones would step up to the plate and hit a come-backer to Danner, who would toss the ball to Hall at first for the final out. The Cougar fans jump for joy as the Fleming fans fume in their disappointment. With the two teams shaking hands, the William Fleming coach would holler at the home plate ump that he was protesting the game. The umpire just kept walking away, and the fans of both teams kept jawing at each other. It was a hotly contested game on a very hot day and a very hard fought game for the winners and losers.

Cougar head coach Jared King remarked, ”This was a hard earned win. Fleming played extremely well and their pitcher kept us off balance on the day until we finally got to him for some key hits in the sixth inning.” Coach King then said, “The weather was hot, the players got hot, the fans got hot and this was a playoff-tournament baseball game. Thomas (Anderson ) pitched well for us as did Dylan Danner. We got big hits from Lytton and Blevins there in the sixth that finally put us on top. This was a classic survive and advance type of ball game. I’m very proud of how we hung in there in the face of adversity, and we battled. This time of year you’re going to get people’s best shot.”

Fleming got two hits from Mike Jones and Noah Melton and both scored a run. Hall, Matthew Lewis-Ball, Ross Munford and Melton all had an RBI. Hall went 5.2 innings on the mound surrendering six runs on seven hits, as he walked three and struck out three.

Pulaski Co. got two hits from Kam Hall and Lytton. Blevins and Lytton both drove in two runs. Hall scored twice and Shrewsbury also produced two and scored once. Anderson went 5.1 innings on the mound giving up five runs of which only three were earned. He also hit two batters and walked two and gave up nine hits. Danner went 1.1 innings, facing six batters, no runs, no hits, struck out one and walked one as he picked up the win. The Cougars will now travel to Salem to play the Spartans at Kiwanis Field Monday at 6:00 pm. in a Conference 24 Semifinal game.